This year 2012 reveals the greatest secret of all time

Finally the true identity of the Anti Christ and the real meaning of the most frightening three numbers in human history.

http://www.codenamerevelations.com When you log on listen for the audio trailer on the main page. The website is devoted to the promotion of the book, “CODENAME: THE REVELATION SECRET: EYES ONLY.” By, Damon Author.

Excerpt from CODENAME THE REVELATION SECRET EYES ONLY. THE REVEALING OF THE GREATEST SECRET OF ALL TIME….666.

And that no man might buy or sell, save he that had the mark, or the name of the beast, or the number of his name. Here is wisdom. Let him that hath understanding count the number of the beast: for it is the number of a man; and his number is Six hundred threescore and six.(Rev. 13:17-18)

This beast whose number is six hundred and sixty six, is also the name and number of a man. In order to know this man, one must turn his heart to the fathers, for in the fathers is this man and in the fathers is this man revealed. A man whose name, and number is worshipped and praised as God. In ancient Israel, believers, prisoners, and the religious, marked upon their foreheads and hands, the name of them that they worshipped, or of whom they were owned. What unseals the above text is the coded phrase that begins with, “Here is wisdom.” This indicates that the answer is found in the early scriptures, and with it, is the wisdom of the Lord. Firstly, this man is a man who is known throughout the world and he rules over tongues, nations, and kings and he is as God, and his unveiling is here.

The wisdom of his revealing is found in the words, “Number of a man.” Meaning he is a man, but a man of numbers, and this man can be found in the name of the fathers, and by the holy hand of God. And we will take ten men of an hundred throughout all the tribes of Israel, and an hundred of a thousand, and a thousand out of ten thousand, to fetch victual for the people that they may do, when they come to Gibeah of Benjamin, according to all the folly that they have wrought in Israel. So all the men of Israel were gathered against the city, knit together as one man.”(Jug. 20:10-11) The Book of Damon 75 And all the people gathered themselves together as one man into the street that was before the water gate and they spake unto Ezra the scribe to bring the book of the law of Moses before the congregation of both men and women.(Neh. 8:1) Whatever happens, conduct yourselves in a manner worthy of the gospel of Christ. Then whether I come and see you or only hear about you in my absence, I will know that you stand firm in one spirit contending as one man for the faith of the gospel.(Phil. 1:27)

The number of one man is the number of the greatest and most powerful man alive. He is one man and he numbers as a nation, for he is a nation, and his name is Isaac, who is called Israel, and he as a nation, is knit together as one man. The number of this man is the number of the Word of God, and even as it is written, “And in Isaac shall he be called.” His word was born in the faith of Abraham and unto Abraham was the Word of God given. When Abraham had no land, God promised him a land flowing with milk and honey which shall be an inheritance unto the generations of his seed, and unto Israel.

The seed of Abraham is one seed bound together as one man, and this man was born Isaac, who is also named Israel, and in him is the promise of the Lord. His seed began in the birth of Isaac, who died at 180 years, and passed the blessing onto Jacob, who died at 147, and passed the blessing onto Joseph, who died at 110 years and onto Moses who died at 120, and lastly, onto Joshua. It was Joshua, in the last year before he died, who fulfilled the promise of God to the children of Israel. He was 109 years old when he divided the promised land of Israel and gave unto every tribe, his inheritance. In that year was the fulfillment of the word complete. Add together the number of years of the seed to the number of the fulfillment and you will find it is the number of a man, and the man is Isaac who is called Israel, and he is 666 years old. He is the greatest man on earth, and in him is the worshipand wonder of all of the earth, heaven, and all that is beneath the earth. In him are the prophets, saints, angels, Moses, Jesus and the God Yahweh. Who is like him and who shall make war against him, for he is God.

We are all his children, and we all bear the mark and number of his name, and in these days, we are all undone before the coming of the God of Heaven.

Reignite the Passion in You through Emmanuelle Monet Presents Erotica 360 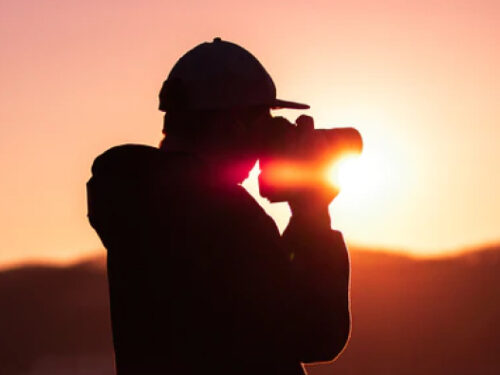