Zach Anner is a very funny man. He is incredibly talented, warm, loving, experienced hardship and adversity, and has been rewarded. He now has a show on the Oprah Winfrey Network. How did I learn about him?

Born in Upstate New York, Zach Anner is a comedian with cerebral palsy, “the sexiest of the palsies!” as he flirts with the camera. He went to the University of Texas where he was part of the Lark Beard Comedy Troupe since 2008 and in acted in the 2009 Streamy winning web series “The Wingmen.” In the summer of 2010, Oprah Winfrey and her Harpo production studios announced that they were going to hold a contest to search for people to receive shows on her new channel, OWN.

Zach submitted a video about accessible travel claiming that “no Atlantis is too underwater or fictional!” He poked fun at his cerebral palsy, intercepting potential naysayers by joking about things that his show probably couldn’t be about. Cooking? “Normally when I cook I set my pants on fire.” Health and Fitness? “This isn’t yoga, this is just me putting on pants. America doesn’t want to see this.” Fashion? Zach joked and dressed in drag just to prove that fashion may not have been the best outlet for him. He then discusses his show idea, a travel show for “people who never thought they could travel” and a show about how to make the best out of your vacation.

Zach was a hit. From his one youtube clip featured on the Oprah site with other contestants, he was featured on Digg, Reddit, 4chan, and John Mayer’s personal blog where Mayer offered to write the theme song. In less than three days he amassed 2.6 million votes. He was incredibly gracious, updating his youtube and facebook page to thank fans. (There was some additional press that boosted his views.  When a competitor gained a sudden lead, curious viewers investigated the site and believed there was a coding glitch that made another participant gain a strong lead over Anner for a brief period.)

He then was chosen for Oprah’s reality show “Your OWN Show: Oprah’s Search for the Next TV Star” and was one of the top two finalists given his own show. It’s easy to see why. He’s a hardworking and determined man with a passion for life and great sense of humor when overcoming obstacles. When he writes his pieces he knows how his audience will react.

A population that may not have many interactions, let alone be friends with a person with a disability, may be uncomfortable talking to Zach because of his wheelchair and his movements associated with cerebral palsy. (One commenter on the OWN fanpage tried to be “helpful” by stating “I love Zach but I wish he would learn to sit still”) Zach is well aware of the stigma that surrounds a person with a disability, whether that be physical or mental, and he tells jokes to put his audience at ease. He also is aware of those watching that may have a disability or be a relative or caregiver of someone with a disability, so he knows to keep his jokes tasteful to help unite rather than offend. He’s a class act with great video skills and he knows how to sell his story.

His travel series, “Rolling Around the World With Zach Anner” is set to air Fall 2011 on OWN. 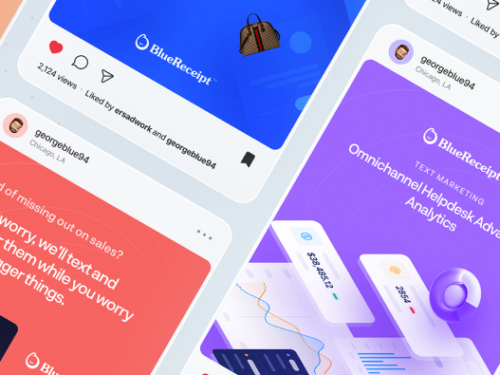 How does the average small business keep up with social media trends? 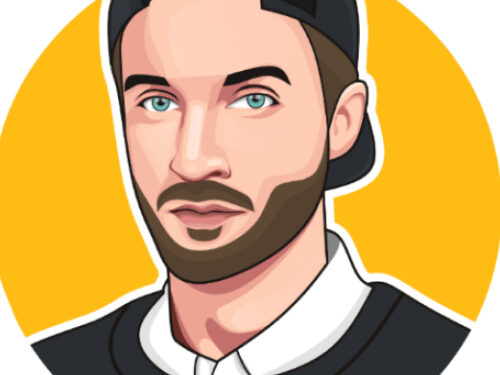 Commission Your Own Cartoon Portrait